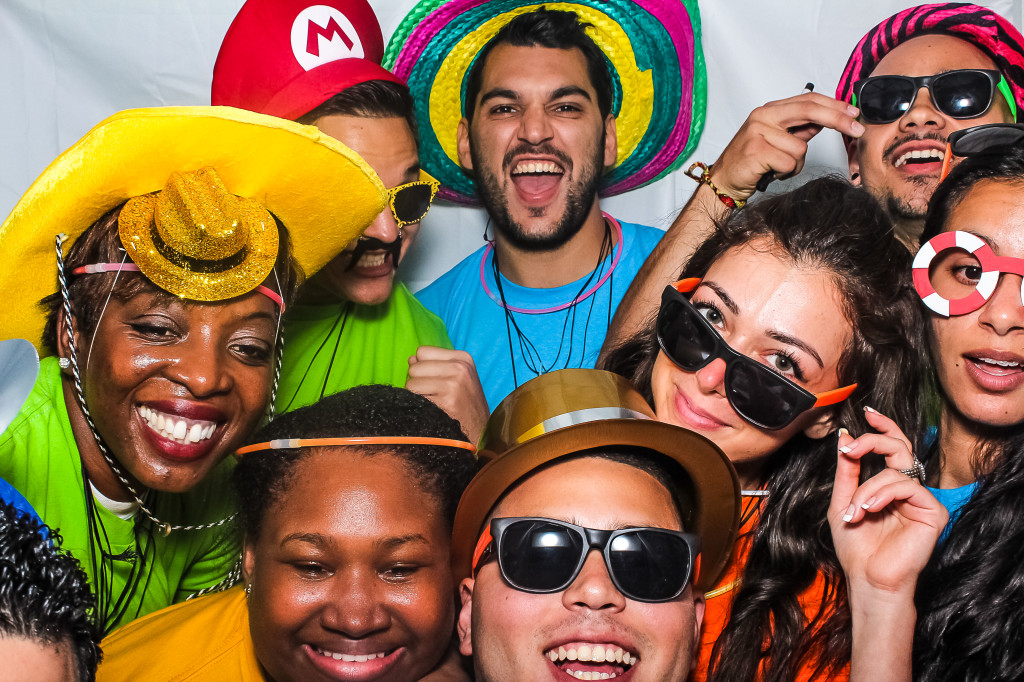 A new Microsoft Store is opening this week at the popular Dadeland Mall in South Miami. Coinciding with this grand opening is the graduation celebration of the Microsoft team delegated to the successful upkeep of this new store. Miami Photo Booth Party was booked to provide photo booth fun at their graduation party at the Dadeland Marriott. A very energetic group of  young people entered the room as others applauded and cheered on. It became obvious quickly that this was a group of close friends enjoying their team accomplishments over the past few weeks of training. Speeches were made and individuals were recognized.

Props were made available, and no one shied from their use in the photo booth nor on the dance floor for that matter.  Our photo booth nearly burst as over 12 people tried to take  group photos. They were just having fun and amazingly most of them were able to come out in the photos. Yes, the Miami Photo Booth Party photo booth for an instance became the Microsoft Photo Booth.

Congratulations to all the graduates.  We hope you had fun using our photo booth.